Guardian Pharmacy employees support the Georgia families that have made the ultimate sacrifice of a loved one in the war on terror.

The Fallen Heroes of Georgia Race began in 2009 to honor that sacrifice and thank the families through fundraising efforts.  Many of the charities supported, including college scholarships and schools supplies for Afghan children, were created in memory of soldiers.  Approximately 1,000 runners, ranging from children to those in their mid-70s, ran in this year’s race.  For the third consecutive year, a Guardian team has run the race.

With our deepest appreciation, THANK YOU to our brave men and women in uniform and their families! 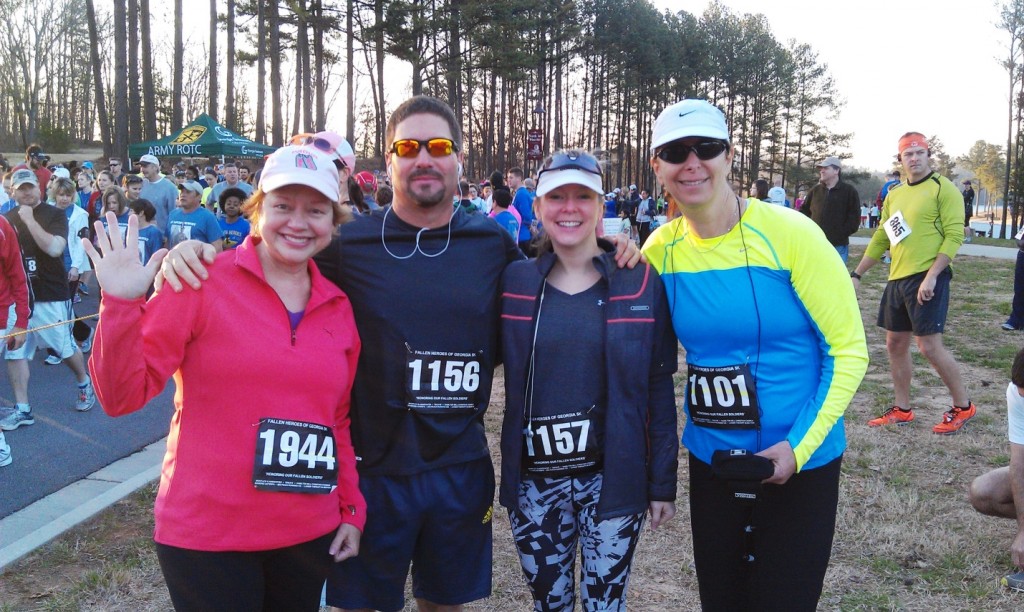