I am proud to announce that Guardian Pharmacy has partnered with Michael Counts, Pharm.D, co-founder of UVANTA Pharmacy of Southern Missouri.  Michael has a proven track record for outstanding customer service in the long-term care industry and will be a valuable partner as Guardian continues to expand its footprint in the Midwest.

In 2009, Michael and his father, Jerry Counts, launched UVANTA Pharmacy of Southern Missouri in Springfield, MO.  He has grown the pharmacy to serve more than 2,000 patients in both Assisted and Skilled communities.  Michael attributes his growth and customer retention to his daily dispensing offering which utilizes TCGRx/InspectRx.  He will continue to serve as president and own and operate the pharmacy with the support of Guardian under the new name, Guardian Pharmacy of Missouri.

Michael developed a passion for the industry at a young age working in his father’s retail pharmacy.  Intrigued by the pharmacy industry, he attended University of Missouri and earned a degree in business.  Following graduation, Michael spent two years working with his father learning all aspects of the pharmacy business before ultimately attending the St. Louis College of Pharmacy. When he isn’t busy growing his pharmacy, Michael enjoys spending time with his wife, Rhonda, and their three children Ella, James, and Lucas. 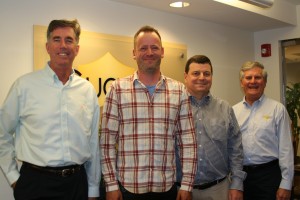 Please join me in welcoming Michael Counts, Pharm.D. to the Guardian family!